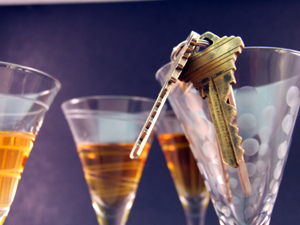 We’ve all seen the signs in bars and convenience stores announcing that the management will not serve people who are visibly intoxicated. That’s a wise idea in terms of public safety – but in Oregon it is also the law.

Under Oregon’s Dram Shop law a bartender or store clerk who serves or sells alcohol to any person who is, or appears to be, visibly impaired can be held liable for damage the customer later causes – an Oregon wrongful death via a car accident, for example. This civil liability comes above and beyond the Class A Criminal Misdemeanor penalties a server risks when serving someone who is visibly impaired. Note that word – “impaired.” Oregon law says “impaired” (rather than “drunk”) as a way of reminding us that alcohol is not the only substance you should not have in your system when getting behind the wheel or otherwise heading out into society. “Impaired” can mean drunk – but it can also mean being strung out on drugs, be they over-the-counter drugs, prescription drugs, or illegal drugs.

Oregon’s dram shop law is especially tough because serving an impaired customer is an offense no waiter, waitress, bartender or liquor store clerk has an excuse for making. It is now more than 25 years since Oregon became the first state in the nation to require special training for anyone who serves alcohol as part of their job. Oregon’s servers know the law, and have to be retested on it every five years. That leaves little room to explain away irresponsible, or illegal, behavior.

As a national advertising campaign has emphasized in recent years: ‘buzzed driving is drunk driving.’ If you or someone you love has been injured by an impaired driver, you owe it to yourself to ask how such an irresponsible person wound up behind the wheel in the first place, and to seek accountability from those whose actions aided and facilitated the driver’s recklessness.

The accountability demanded by Oregon’s dram shop law stems, in part, from the recognition that drunk people are not capable of making sound judgments. Recognizing that fact shifts a degree of responsibility back to the people who sell beer, wine and liquor. When they fail to live up to that responsibility, the Law Office of Matthew Kaplan, an Oregon dram shop violations attorney, can be a victim’s most important ally in his or her fight for justice.

Contact Us
Practice Areas
Client Reviews
★★★★★
Matt knows the system like no other and is the Best choice for exceptional representation when you are unjustly injured and requiring proper compensation for your pain and suffering. Timothy F.
★★★★★
Matt and his staff was very helpful and concerned with my wellbeing and respectful to where I felt comfortable about my case. I recommend them to everyone I know he is great. Monica J.
★★★★★
Professional, compassionate, honest and very informative. I would highly recommend Kaplan Law, LLC to anyone looking for honest and effective representation. Kevin S.
View More
Submit a Law Firm Client Review