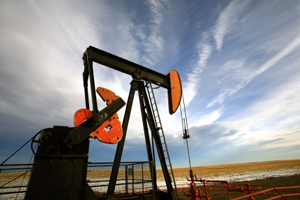 The term “industrial accidents” often conjures images of mass catastrophes affecting the public at large, like the Texas fertilizer plant explosion that killed more than a dozen people, or the explosion at a Missouri box factory that left four people dead. It's a misconception, though, to think that all industrial accidents are mass injury events, or involve professions that are widely understood to be dangerous (like mining, oil refining, or logging.)

In Oregon, an industrial accident can take place in any type of job site, although employees in some lines of work are at a particularly elevated risk. These workers are people employed in environments involving cranes, scaffolding, power tools, forklifts, earth movers, and other heavy and/or dangerous industrial equipment. Workers who deal with explosives or other volatile materials are also at significant risk, which is why many Oregon industrial accident cases involve propane tank explosions or other explosions that occur in confined spaces.

This brings us to a second important misconception: the belief that workman’s compensation claims are the only recourse for workers injured on the job. For many workers, workman's compensation is only one part of the total solution.

In those cases where potential third-party liability exists, an industrial accident lawsuit is also part of the overall landscape. Oregon industrial accident law applies to any accident in which a third party or a contracted party bears some responsibility for the workplace injury. Such situations often involve negligence on the part of others. (This can include manufacturers that made faulty or defective equipment or outside maintenance vendors that engaged in negligent repairs.) In short, any situation in which the fault lies, not with you or your employer, but with a third party qualifies as an Oregon industrial accident. When the injured worker is working as a sub-contractor (or for a sub-contractor,) liability can also extend upwards to the primary contractor, since it is the primary contractor’s responsibility in such cases to provide a safe working environment.

As the previous paragraph indicates, while Oregon industrial accidents are sometimes 100% the fault of the employer, in many cases, they're not, with responsibility that can also be traced back to equipment manufacturers, vendors, or other third parties.

For example, in the Missouri explosion mentioned above, the injuries and deaths were the results of a boiler explosion. One of the alleged causes of the explosion was "deficient repairs" performed on the boiler. Also, not only was the boiler allegedly repaired improperly, the boiler itself allegedly was defective due to its lack of a "corrosion allowance." That would mean that, if proven true, the boiler was designed and manufactured defectively, and would mean that third-party liability could extend to the boiler's designer, the manufacturer, and the entity responsible for completing repairs on the unit.

As noted above, not all industrial accidents are massive events like a boiler explosion. Other common causes of industrial accidents include things like improper lighting, unsafe equipment, and falling objects (to name a few.) Again, if a third-party entity has responsibility for the condition that caused the accident (such as a third-party vendor/contractor that inspected, maintained and/or repaired a facility's lights or an employer's heavy equipment,) then that's a situation where an injured worker potentially could succeed in an industrial accident action against that third party.

Determining where negligence lies and apportioning responsibility is one of the most important tasks an Oregon industrial accident lawyer can perform on behalf of clients. Making these determinations correctly and wisely is crucial, as industrial accidents often involve major harm like fatal injuries or catastrophic harm like traumatic brain injuries, spinal cord injuries, amputations, or severe burns. (In 2020, some 60 Oregon workers lost their lives due to accidents at their workplaces.)

Oregon Injury Lawyer Blog - Industrial Accidents
Contact Us
Practice Areas
powered by Birdeye
Client Reviews
★★★★★
Matt knows the system like no other and is the Best choice for exceptional representation when you are unjustly injured and requiring proper compensation for your pain and suffering. Timothy F.
★★★★★
Matt and his staff was very helpful and concerned with my wellbeing and respectful to where I felt comfortable about my case. I recommend them to everyone I know he is great. Monica J.
★★★★★
Professional, compassionate, honest and very informative. I would highly recommend Kaplan Law, LLC to anyone looking for honest and effective representation. Kevin S.
View More
Submit a Law Firm Client Review